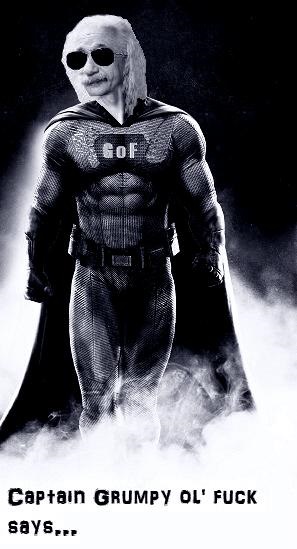 A question popped up on my radar about two weeks back: “Are you really serious about Vampires?”

My first reaction was to type back and say, “Take a look around dumbass, I have Vampyre friends, I run a Vampire E-Zine, I interview Vampires, my bios – EVERYWHERE – relate my own life experiences as a modern living Vampire. H-E-L-L-OHHHH, what’s the fuckin’ weather like on your planet? Then I stepped back and read the question again and I thought about the VC, the “community”, the Culture.

There are so many people jammed in here now who still have no bloody idea, no clue, no original thought or concept of what it means to live as a ‘human Vampire’, they have no idea what a Vampire even is but they run around like some badass mutha with a damn chaingun just sprayin’ shit everywhere.

Pretenders, Poseurs, Wannabes and fucksticks who think it’s a hoot to slap a pair of theatrical fangs in two or three times a year and act all mysterious and stealthy for fucksakes.

When are they going to get the hint and fuck off?

Genuine questions about genuine Vampire life experiences are one thing, dumbass questions about whose political corner you’re in, what side are you on, where your loyalties lie, why do you have so-and-so on your friends list… that’s not about Vampires, that’s about your own insecurities and your insignificance in the grand Vampyre scheme of things so don’t come bothering me with them. I, frankly, don’t give a flying feathered fuck what your politics are, either mundane or Vamp, I, personally, don’t give a toss who you have on your friends list on FuckBook. I can block anyone’s ass as quick as look at them…and when I come across some pathetic, whiny, blustering dick (or dickette ) you better bet your last sorry ass buck I will eliminate them from my cyberworld and I sure as shit won’t lose any sleep over it. Let’s face it, in some seventeen odd years in the online VC my personal shitlist has grown from seventeen to fifty three. And of the last thirty-six names added only one name is a “mundane” real world, not online, person. Go figure!!!

So, before you come at me with your cape swirling and your carefully crafted toothy grin remember, YOU have NO cred with me. Don’t be tellin’ me you’re some badass “Queen of The Damned” or “Prince of the Night”, don’t be tellin’ me you’re some ancient blood-line Vampyre family that dates back to the fuckin’ Babylonian fuckin’ Empire… TRUTH… you’re a fuckstick looking for a hole to crawl into. Go play your stupid games someplace else, or watch Buffy re-runs, or some fuckin’ thing.

There’s a whole world of REAL Vampires out here, doin’ it tough, every day, just getting’ by like every other mutha. Battling to pay the mortgage, the rent, the bills, find the money for gas, insurance and groceries. We’re not playing at being what we are, we are struggling with all of that PLUS how to keep “fed”, well and healthy on top of everything else so don’t come the, “Poor me, nobody understands me, I’m so lost and misunderstood, I’m such a lonely Vampire who just wants to be accepted into the community!” – REAL VAMPIRES DON’T PISS, MOAN AND WHINE ALL THE TIME – we do what we have to, with strength, courage and a measure of dignity just so we can survive this fucked up world.
‘Nuff said.